Bonny Ibhawoh is a professor of History and Global Human Rights at McMaster University, Ontario. He has taught in universities in Africa, the United States and Canada. He was previously a Human Rights Fellow at the Carnegie Council for Ethics and International Affairs, New York and a Research Fellow at the Danish Institute for Human Rights, Copenhagen. He is the author of Imperial Justice: Africans in Empire's Court (2013) and Imperialism and Human Rights (2008), named American Library Association Choice Outstanding Academic Title. 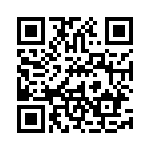