A look at how the cotton-raising and cotton-manufacturing industries evolved in the West during the Industrial Revolution, and the global effects this caused, including the ties to slavery, and ... Consulter l'avis complet

Cotton stands at the center of capitalism's story. Spinning cotton to textiles fueled the earliest industrial development, first in Europe, but later, in the Americas, Africa, and Asia. Cooperation ... Consulter l'avis complet

Sven Beckert is Laird Bell Professor of American History at Harvard University. He is also the author of The Monied Metropolis: New York and the Consolidation of the American Bourgeoisie. 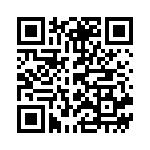